Amol had just stepped into vacation spirit after completing his class X exam. It was like feeling fresh after going through a long ailment. Suddenly sleepless nights was replaced by complete freedom to read Satyajit ray’s Feluda Series or the adventures of Famous five by Enid Blyton. He was more than happy and wanted to read all of them in one go. “Life has never been this wonderful” thought Amol.

“Hey, where are you going during the vacation” asked Nabeen. A strikingly lean boy, with elephant ears and sparkling eyes. He was Amol’s bestie, a very bright student too. Both of them were busy playing video game at Amol’s place, their favorite afternoon pass time.

“To my native village “replied Nabeen enthusiastically. “Baba says, it’s all green, there is also a pond with loads of fishes. Thamma (Grandma) promised she will make me my favorite coconut laddu.”

“Hey, you can join us. Baba said I could take my friends along, if I wanted to, and you are my only friend,” said an extremely excited and smiling Nabeen.

“Really?” asked Amol with his eyes beaming with excitement. “But I have to ask my parents. And I don’t have any hopes of hearing a yes, they dislike me going out of station without them, remember that School excursion?”

Their journey started at 6:00 am in the morning, they boarded a bus from Esplanade (in Kolkata) to their destination. The bus was not a luxury coach, but the early morning atmosphere and the excitement, made their journey enjoyable. The two boys talked their hearts out, while the bus sped past the city, to enter into the greeneries of the village. The pollution free breeze was new to their city made lungs, which suddenly sprang into more life. The cultivated fields, the small huts, the farmers with their bullocks, as if their drawing books were suddenly in front of their eyes. After the bus, a small country boat took them to their destination in Gadiara (a small village, in Howrah district, West Bengal). Gadiara was famous for being the place where Damodar, Rupnarayan and Hoogli rivers met.

Amol and Nabeen were astonished to see the contrast. The village was mostly in darkness, Benjamin Franklin ‘s electricity had not reached most of its part. Fortunately their place of stay was amongst the blessed few to see illumination. However power cuts were too frequent. The house was old but comfortable. The bedrooms had huge teak beds with sooty oil lamps placed on the small bedside tables. Even the fans looked old and both the boys wondered on their ability to run, but the cool breeze from the fields nearby compensated. There was no living area; instead there was a small area in front of the house, where you could live under the sky. Along the house, there was huge pond, supposed to be filled with fishes. The house was surrounded by coconut, mango, neem, jackfruit etc. trees.

Nabeen’s grandma was super excited to welcome her son, daughter in law and beloved grandson. When her eyes fell on Amol, he immediately noticed the happiness in them. The face was old, tired and wrinkled but her eyes had a strange sparkle, she was very intimidating.

It’s been two days they had been in that remote village, going around the fields, eating fresh fruits from trees and enjoying Grandma’s out of the world fish recipes. Amol and Nabeen had almost started putting on weight.

That evening Grandma had left for Kirtan (devotional songs) in the nearby Krishna temple, the songs were almost reaching Nabeen and Amol’s ears as they sat in the open space in front of the house. Nabeen’s parents had gone for a leisurely evening stroll as every other day. The boys were having a good time, as the breeze softly blew past them caressing their hair. But suddenly the lights went off and it was pitch dark all around.

“Don’t panic! Your eyes will soon get used to it, and you will be able to see,” assured Nabeen, holding to Amol’s hand. “This is the best ambience to listen to horror stories. What say Amol?”

“Please, spare me,” snapped Amol, who was already suffering from a strange eerie feeling that whole evening.

Slowly their eyes got used to the darkness; the sliced moon was mysteriously shining down on them, while the wind had started a fiendish dance. Amol started feeling uncomfortable, inspite of his try he was unable to look away from the pond with the moon light on it. It looked quite scary. The distant cry of an unknown animal sent a chilling sensation down his spine.

“Why are you so quiet Amol” asked Nabeen who himself wanted to break the eerie silence and was praying for his parents or grandma to return fast.

“No, ummm….just not feeling comfortable,” said Amol and slowly turned his face to face Nabeen and froze. “Ummmm…mmmmm…..w…wh…what is…s….th..that?” Nabeen could hardly hear Amol but from his look, he understood that he had seen something terrible. But being the braver among the two, Nabeen didn’t give his brain time to think and immediately looked in the direction Amol was seeing.

A dark image stood menacingly near the neem tree behind the house, it was clearly visible even in the dim moonlight, Nabeen could not make out what it was. But it did not look anything near human. He lost his speech and continued to stare at it frozen. Sweat drops started appearing on his forehead. He could not understand how much time he was in that position, but soon he revived senses.

“Amol, come with me”, said Nabeen in trembling but confident voice. Suddenly some strange power had caught over him; he remembered how his father had explained non existence of ghosts. But still no reasoning could explain the creature right in front him. “Are you coming Amol? If you don’t want to come, I..I…wi…will go alone,” he fumbled.

The creature had started showing signs of discomfort with Nabeen increasing confidence. At this point suddenly electricity resumed and lights fell on it.

“He is Nolen, he is a Bohurupee,” (meaning a man who imitates different kinds of forms) said Nabeen’s father from behind, understanding the fright of the kids. “Don’t be afraid, he won’t harm you”.

The boys knew what bohurupee meant and laughed their hearts out.

With loads of coconut laddu the boys left for Kolkata. But the high point of their trip was that scary evening, which was not just another horror story for them, they lived that horror. 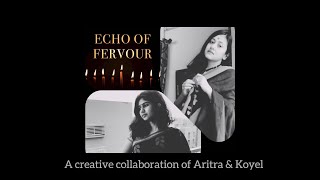